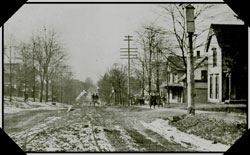 Founded in 1814 on land owned by the Connecticut Western Reserve, Wadsworth held the distinction of being the farthermost southern edge of the enormous land holding which Connecticut was permitted to keep while other states ceded their lands to the federal government.

Benjamin Dean felled the first tree on March 1, 1814. The Dean family and the Oliver Durham families came from Vermont and settled on the eastern end of what is now Wadsworth, known to locals as Western Star. There were no other white men or women here at the time, except for a Canadian migratory squatter, Indian Holmes, who was given this name because he was married to an Indian woman. He made his home a few feet from a brook which ran west of town, known now as Holmesbrook Hill. The area was named after Indian Holmes. 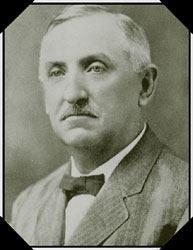 Revolutionary War hero, General Elijah Wadsworth, owned a huge portion of the land with others owning only a small portion of it. Because of this, the other land owners thought it appropriate to name the new settlement, Wadsworth. General Wadsworth, himself, was a respected patriot, military leader, pioneer, business administrator and visionary.

He earned this heritage honestly, being the direct descendant of Joseph Wadsworth, who is credited for saving the charter of the Connecticut Colony by hiding the document in an oak tree in what history refers to as the Charter Oak. Elijah was also related to Henry Wadsworth Longfellow.

General Wadsworth never lived in Wadsworth. Instead, he lived in Canfield, Ohio, where he is buried and where his homestead still stands. He was prominent in Canfield and residents there built a statue of him which is erected on the north side of the main part of town. His homestead is owned by private individuals; however, there is a museum near the home where many of the historic elements of Elijah Wadsworth's life are displayed.

The settlers from Connecticut were mostly English, mainly because most of the people from New England were of English descent. They brought with them their culture, their Congregationalist religion and the term they called themselves, Yankees.

For the first fifteen years or so, the Yankees enjoyed singularity, but in the 1830's, a new breed of people began arriving in Wadsworth from Pennsylvania, a people who referred to themselves as Pennsylvania Dutch. Wadsworth is unique in that it is the only area where the Pennsylvania Dutch settled where the Yankees were already established. Other areas, such as Hudson, Tallmadge, Middlebury etc., did not share in this distinction.

There was animosity between the two groups, a product of earlier skirmishes they had with one another in land disputes in the Wyoming Valley of Pennsylvania. The Yankees considered education, culture and religion to be their highest goals, and they considered the Pennamites [as they called them] to be good people but distrustful, clannish and extremely conservative, albeit religious [but not the right religion.] At one time, marriage between the two groups was considered a mixed marriage.

After a few years of co-existence, the two groups began cooperating -- in different parts of the settlement and with different foci. The Pennsylvania Dutch moved to the outer regions and farmed while the Yankees became the professional people and merchants and lived in the center of the settlement.

The Pennsylvania Dutch were of German ancestry; the German word for German, Deutsche, was transliterated to Dutch. The influx of Pennsylvania Dutch continued to the extent that at one time, the entire area surrounding the central village of Wadsworth was inhabited by Pennsylvania Dutch. They were mostly of the Mennonite persuasion augmented by a good representation of Lutherans. German was the language in both churches in the early days.