Station Site Selection - What Parcels are Suitable Sites for a Fire Station?

Site selection for a modern headquarters fire station is a multi-dimensional process. In order to properly locate a station using modern fire service standards and community demands, an evaluation must consider a wide range of locations and a number of different selection criteria. In 2016, the City of Wadsworth worked closely with architects from Brandstetter Carroll, Inc. to identify more than (26) potential sites. You can view that study and the site selection materials and analysis HERE. For more detailed information on the site selection, please check out the document below. 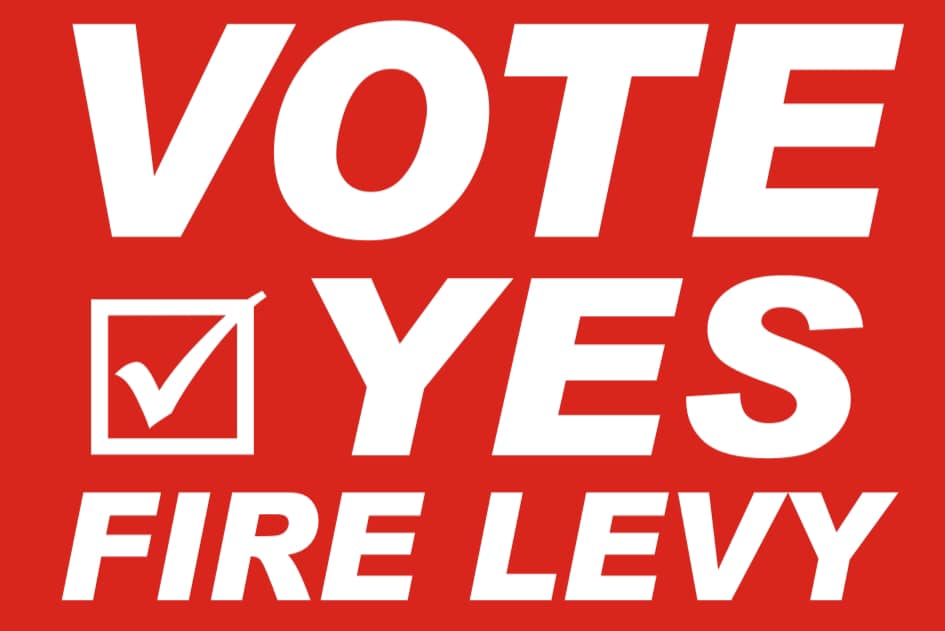 When was the last Fire Levy?

What is on the ballot?

What is the cost to taxpayers?

Why is this Fire Levy Needed?

To learn more about the proposed Fire Levy, the department’s capital needs, upcoming projects, and the Wadsworth Fire Department, please visit the department’s, or the Friends of the Fire Levy Facebook page. 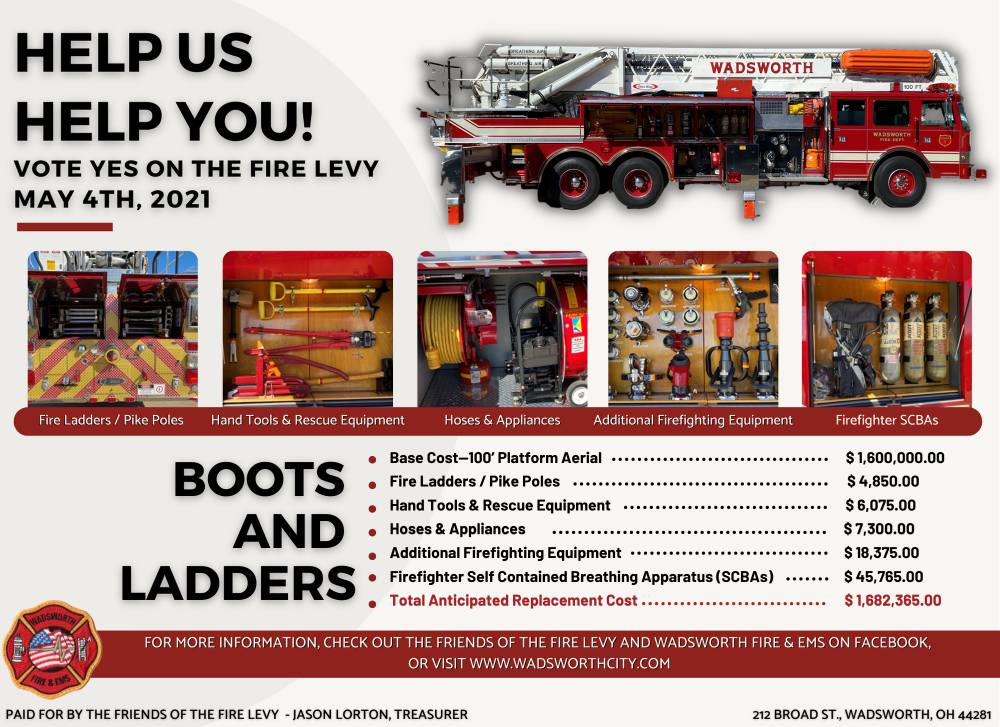 The intent of the study was to identify future facility needs for the Fire Department and provide recommendations for either renovation of the existing Fire Station 1 or the size and location of a potential new facility. The study was used to share information and help build consensus on a direction for the City to pursue in fulfilling the current and future needs of the Fire Department and community. The study included four tasks: Facility Assessment, Facility Space Needs, Site Selection Study, and basic Conceptual Plan.